Please tell us a little about yourself so we can create your account.

If you have an existing user account and/or Membership, we will attempt to match your information to associating records.

We need to send you a Verification Code to authenticate your account. Please choose how you would like to receive the code.

If we send an sms verification code to a mobile phone number, your mobile provider's standard rates for sending and receiving text messages may apply.

Your password should be at least 8 characters long, contain upper and lower case letters at least one number.

Sorry, it appears the code you have entered may be expired or invalid. Please try entering it again, or go back to receive another code.

Sorry, it seems we cannot complete your request at this time. Please try again later.

Congratulations, you're account is set up and ready to use!

It appears we already have a user account that is associated with the contact info you entered. Please close this window and select Login instead.

We don't seem to have enough information on file for you to create your account at this time. Please contact us directly so we can update your contact information.

If we locate your account, we will attempt to send you an sms verification code to the mobile number on file. Your mobile provider's standard rates for sending and receiving text messages may apply.

Your password should be at least 8 characters long and contain at least one number and symbol.

Sorry, it seems we cannot complete your request at this time. Please try again later.

To locate and/or renew your MOCA Tickets and Memberships Membership, please Create an Account. We will attempt to use the information you enter to locate your existing Membership.

If you have already created an Account, please Login and go to My Account → Profile to view your Membership. 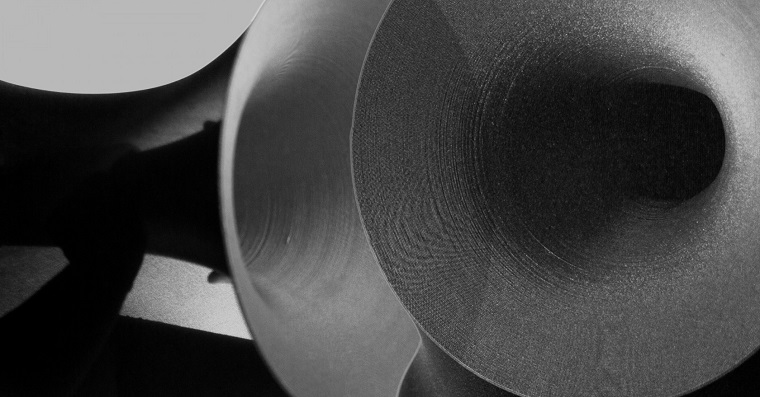 Choose your tickets below to plan your visit.

Select a date for your visit

Select a time for your visit

Add to Cart Back

This event is now SOLD OUT

THE CITY OF LOS ANGELES REQUIRES PROOF OF FULL VACCINATION TO ENTER THE MUSEUM. At MOCA this policy applies to all visitors 12+. Click HERE for more details.

HIVE RISE is a physical encounter with sound.

In this performance installation, The Geffen Warehouse is transformed into collective listening zones that are activated by human voices, subaudible subwoofers, architectural resonances, and psychoacoustic beats. Fure plays live on a rig of speaker cones that pulsate the air. And 14 performers with 3D-printed megaphones flock in formations throughout the crowd, modeling cooperation and sending slivers of white noise straight to the skin.

Amidst ongoing states of emergency, HIVE RISE animates sonic protocols that recalibrate our interdependence. This US premiere is presented by MOCA and The Industry, where Fure is a co-Artistic Director offering new directions for experimental opera.

HIVE RISE premiered at Berghain in Berlin, Germany on January 28, 2020. Co-commissioned by CTM Festival and the DAAD Artists-in-Berlin Program. Curated and Produced by Dahlia Borsch.

This performance is made possible in part by a grant from the City of Los Angeles Department of Cultural Affairs.

ASH FURE (Composer + Co-Creator) is a sonic artist who blends installation and performance. Called “purely visceral” and “staggeringly original” by The New Yorker, Fure’s full-bodied listening experiences open uncommon sites of collective encounter. Operating outside language or story, Fure shapes charged multisensory atmospheres that listeners and performers navigate together. Recent immersive productions include HIVE RISE (2020), commissioned by Club TransMediale (CTM) and premiered in Berlin's iconic Berghain club; Filament: for Trio, Orchestra, and Moving Voices (2018), commissioned by the New York Philharmonic and premiered in New York’s Geffen Hall; and The Force of Things (2017), an installation opera, premiered at Peak Performances, that wrestles with the rising tide of climate grief inside us. Fure is a Co-artistic director for The Industry, an Associate Professor of Music at Dartmouth College and holds a PhD in Music Composition from Harvard University. A finalist for the 2016 Pulitzer Prize in Music, Fure is the recipient of two Lincoln Center Emerging Artists Awards, a Guggenheim Fellowship, a Rome Prize in Music Composition, a DAAD Artists-in-Berlin Prize, a Foundation for Contemporary Arts Grant for Artists, a Fulbright Fellowship to France, a Darmstadt Kranichsteiner Musikpreis, and a Mellon Postdoctoral Fellowship from Columbia University.

LILLETH (Director + Co-Creator) is an artist, director, and choreographer based in Lenapehoking (Brooklyn) and Berlin. They direct and choreograph large-scale somatic sound-theatre. In collaboration with composers, dancers, designers, and organizers, LILLETH visions social sculptures that aim to transport us to a more liminal, visceral, dream-like state. Through visual dramaturgies, slow, functional movement, geometric sigils, utilitarian tasks, and precisely composed sound, LILLETH co-creates embodied rituals in a collective effort towards release and liberation. Through these wordless, sensorial theatrical experiences, they aim to create a somatic release for and with their collaborators and audiences through process and performance. LILLETH is the co-creator at You Are Here alongside Rad Pereira, and consults across myriad cultural institutions as performance director and creative producer. LILLETH's work has been shown at Lincoln Center, the Brooklyn Academy of Music, The Kitchen NYC, Berghain x CTM Festival Berlin, NOWNESS, American Academy in Rome, DAAD Galerie, Bushwick Starr, National Sawdust, Superblue, P-E-O-P-L-E Festival x Funkhaus Berlin, Abrons Art Center, Ars Nova, and myriad site-specific locations.